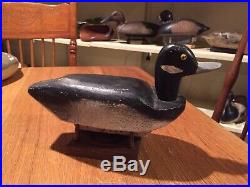 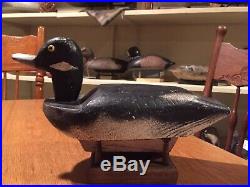 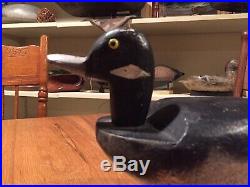 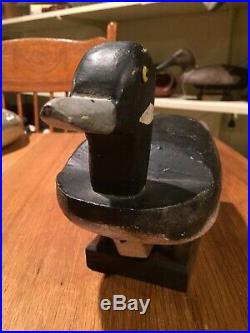 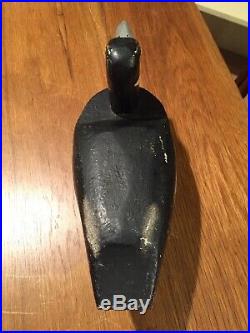 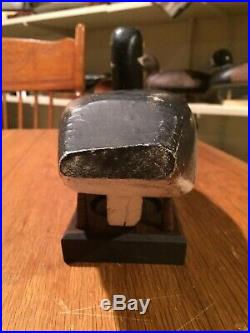 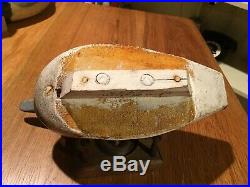 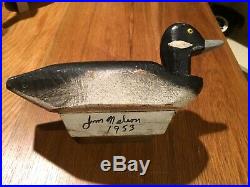 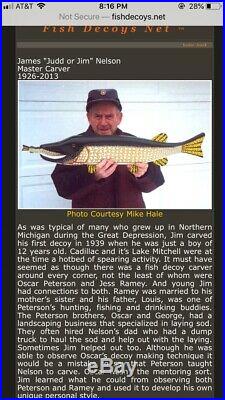 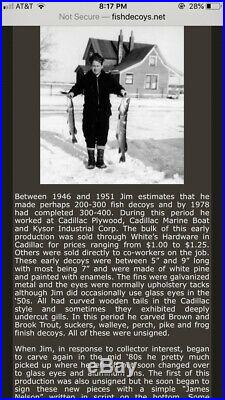 A signed and dated Jim Nelson bluebill drake duck decoy. This is rare as James Jim Nelson was known for his fishing lure decoys.

Jim would help out Jess Ramey and Oscar Peterson with his landscaping company and in being around them observed their fish decoy carving style. Not actually a student of Oscar, Jim developed his own style. Oscar Peterson has his works represented in the Smithsonian Museum. Last Two pics are info about Jim Nelson from Fish Decoy Net. 1953 would be before his proliferative years.

The item "VTG RARE JIM JAMES NELSON FOLKY BLUEBILL DRAKE DUCK DECOY CADILLAC MI NOT A FISH" is in sale since Thursday, October 3, 2019. This item is in the category "Sporting Goods\Hunting\Vintage Hunting\Duck Decoys".

The seller is "rayv53" and is located in Smithton, Illinois. This item can be shipped to United States.